Renovation: my 'new' vintage kitchen OR what has kept me busy for the last 5 months...

I have been wishing for a new kitchen for a while, I inherited a '70's' one (partly updated in the '90's'), which featured an orange patterned ceramic tiled floor as well as what can only be described as a wooden 'stage' in the corner that I wasn't very fond of... anyway, I came to realise that the kitchen fairies were not going to visit and that I was never going to be able to save any money to do it up, so I took the plunge in August of this year and decided to just rip it all out (it would have to get done then surely!) I gave myself a deadline of Christmas which seemed reasonable and a budget of a maximum of £1000 spread over 5 months (overly optimistic but necessary). 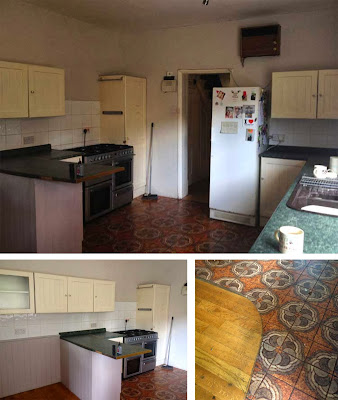 ripped out & plastering started:
note:- no sink for 3 months... 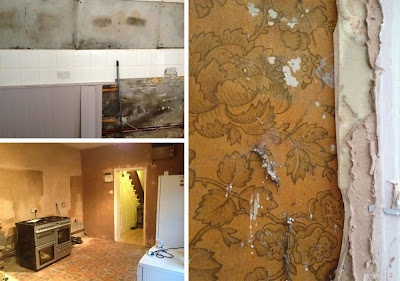 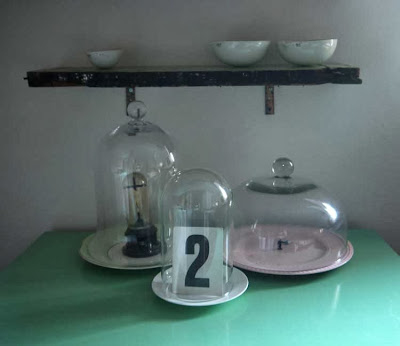 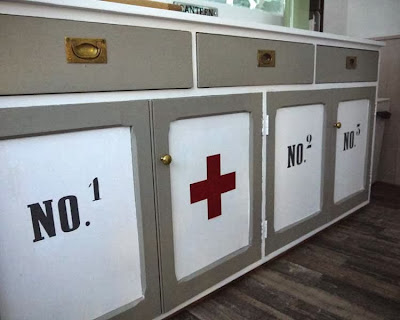 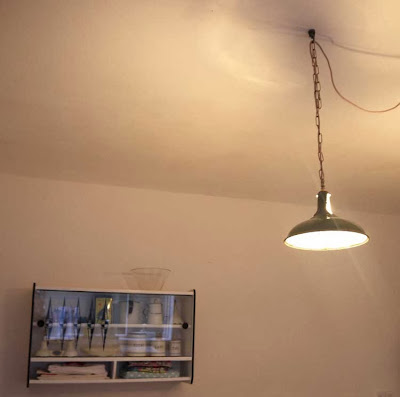 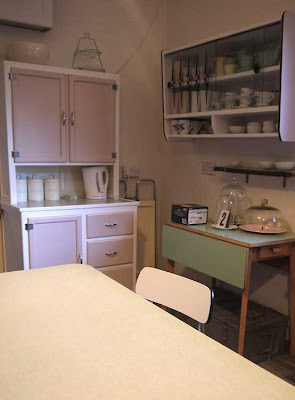 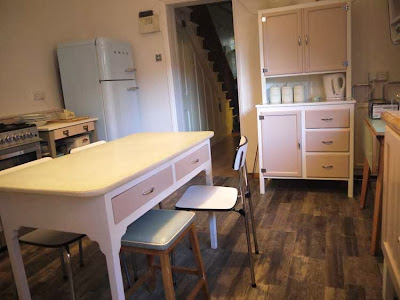 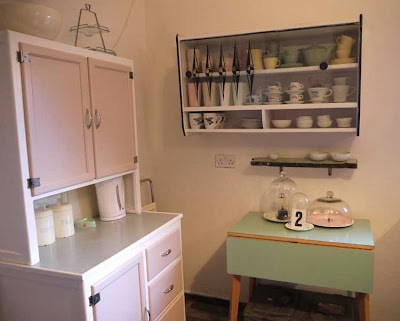 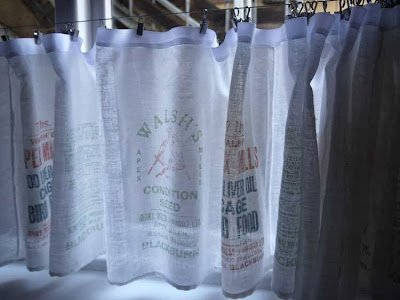 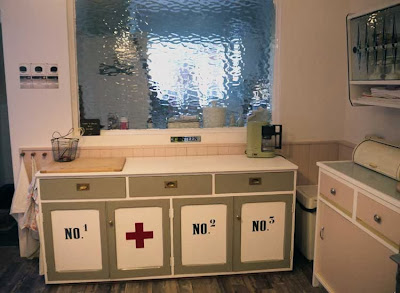 What's left? Just the small matter of one door on my belfast sink unit, wavy glass needs replacing with clear & frosted vinyl, 2 pieces of skirting board... oh and a ceiling rose that I possibly may be laser cutting... THEN a rest for me and my helpers!

About the budget...I went over; by 100%! Total kitchen cost approximately £2000 (including nearly all thats in it); not bad really when a lot of people pay £15,000+ for a new swish fitted kitchen... I wonder how the hell I actually HAD £2000; I do think it's almost a miracle... the biggest chunks of money had to pay for a) some muscle to pull out the old carcasses, b) the plastering (biggest cost) c) about £150 on PAINT - how expensive is paint??!!! d) I got my Smeg from eBay for £300  e) my other furniture totalled £380 (from eBay over some time)and was cleaned and repainted.

I was really lucky in that my family & friends include a plumber, an electrician, and an all round very handy man who laid the floor, did the extra panelling, built the sink unit, fitted the skirting boards (free from a reclamation yard) and put up the wall units etc. Incidentally the wall units came from 'Oz' - a second hand/junk place in Hartlepool; (a treasure trove of old fabulous stuff) for I think £30 each, with the (only a bit broken) original glass (but filthy); the pile of porcelain evaporating dishes (chemistry lab) were also from there, along with some vintage cutlery and numerous other non essentials!

Other notes about where I sourced items:


I am very happy with my new kitchen but please don't tell me it looks like a museum set, it wasn't the intention- it just happens that I love old things...